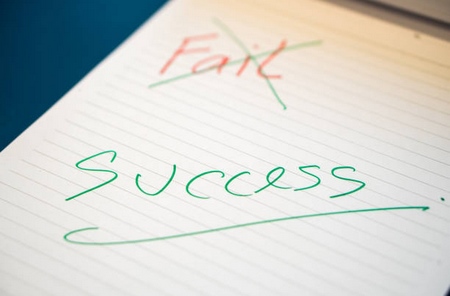 Society conditions us to think that any failure is bad. But the only way to achieve success is with some failure. Some things won’t work for you. We don’t consider that a failure. We just consider that feedback. That’s feedback from experience saying it doesn’t like this or that didn’t really work, so you probably try something else. It’s essential to have some failures, to get that feedback, and then course correct and get closer to success. Don’t look at it as a failure. Look at it as feedback.

When something doesn’t go as we planned we tend to see that as failure. Depending on the seriousness of the situation we might then get angry, irritated, sad, depressed, worried, guilty or whatever. None of which serves any useful purpose. Most people choose to believe a false reality that opposes Universal law and they end up living sad existences they believe are out of their control.

But what happens if we see the situation as feedback rather than failure? Then we get a valuable demonstration on how NOT to do something. Do you see the simple change in perception here?

Instead of “being wrong” we’ve instead learned something new. Instead of feeling bad we are free to form a new plan of action and try again. As humans we go through life experiencing challenges, setbacks, wins and losses. Every experience provides us with feedback and the ability to acquire worldly wisdom that helps us do more of what works and less of what doesn’t. This results in a happy life that we’re in full control of. 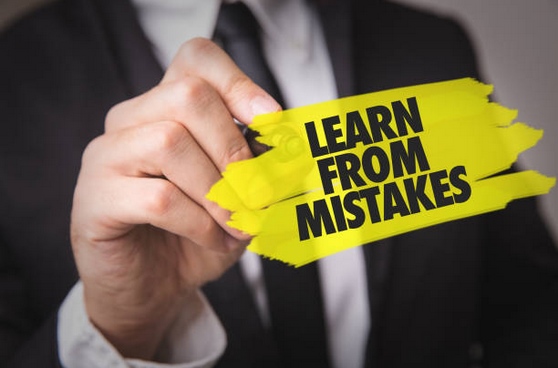 The problem is most people go through life repeating the same mistakes over and over again expecting a different outcome, then blaming other people or forces for their misfortune. To quote Albert Einstein again, he said, “The definition of insanity is doing the same thing over and over and expecting different results.”

The great masters of all time learned to observe their lives as a series of never ending scientific experiments. With each experiment they reflected on the outcome and learned from it. The person who lives in this way ends up getting closer and closer to the ultimate truth and lives a life in harmony with Universal law. A person in harmony with Universal law dreams of something then creates it.

As we go through life, we get feedback, we make mistakes, when we get hurt we learn. Sometimes the only lesson is “what doesn’t work”. When we make that mistake we get feedback. It’s not a failure, it’s feedback. No need to blame ourselves for a Universal learning curve. That’s how we’re able to grow.

A person who does that and a person who constantly reflects on things, and is constantly in search of what the truth is, lives an awesome life. However, most people in the world who experience misfortune, instead of taking responsibility from it and learning from it, they blame something else or they blame someone else. What happens is once you do enough of that, life’s out of your control. Now you’re looking to someone else or some other force as the only thing that can provide you with the life what you want. It’s the government’s fault, something is happening in the news, it’s this event’s fault, it’s this other person’s fault, it’s my families fault, I don’t have enough time. Whenever you put the blame on something which isn’t you, that is when you become a victim.

The people who master everything in this world, they are people who take responsibility for things and when they fail, they reflect on it and they learn. When they learn what the truth is, they remember it. They remind themselves and they keep getting closer and closer to the truth. When you live a life in accordance with Universal Law, you quite literally dream of something and are able to create it in real life. That’s a core foundation principle of the Wilopa Method.

I can quite honestly dream up something I want in the future and go about making that happen. I do that every day, and I do it year after year. Sometimes it even surprises me. I’ve been able to heal myself from countless emotional tragedies, several major and severe physical injuries, and develop Wilopa. None of it happened by chance. I designed it, I built it and it was built to plan, it was built to spec, just like you build a house. The way I was able to do it was by understanding Universal Law, cause and effect, and NLP. That’s what we’re talking about.

Quite simply, we have three stages: we’ve got a beginning (start point), middle (change and action), and end (reaching a goal). If we have a situation and we apply something else to the situation, then something comes of that situation. And we can loop this around and keep it going. We can continue building from the old end point by making it the new beginning point. This works great for spiraling upwards towards positive change.

However, remember that it also works in a reverse downward spiral into negativity and bad energy. Which direction you’re going depends on the middle (change and action) component. Every change you make and every action you take has a corresponding effect. So set your goals then make wise choices about how to reach them!

Ask a question or book a free discovery call to find out if Wilopa is right for you. Questions are good, so please ask!

Looking for more information about subconscious reprogramming and emotional healing? Check by subject on Articles Page or use the search box below.

This may be a good place to introduce yourself and your site or include some credits.